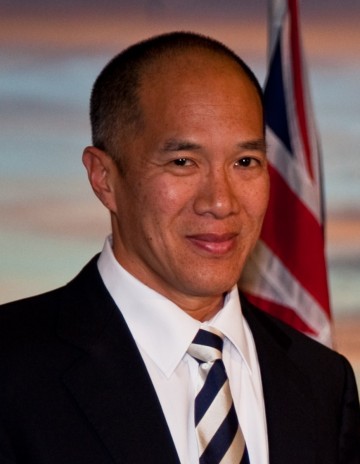 Charlie is the Australian representative on the Tumour Section of the AANS and CNS. Charlie dedicates 3 months every year to pro bono work in developing countries, for which he has been recognised with awards from Rotary International, including the Paul Harris Fellowship (for contribution to World Health), and as a finalist in the NSW Australian of the Year awards in 2003 and 2009. In the 2011 Australia Day awards he was named as a Member of the Order of Australia (for contribution to the development of minimally invasive neurosurgery). In 2012 he was invited to give the Australia Day Address to the Nation and in 2013 was honoured to be the first non-politician Australian to address the US Congress on the need for more funding for brain cancer research. Dr Teo founded the Cure Brain Cancer Foundation in 2003, which has been the largest funder of brain cancer research in Australia since 2005 and which supports the Neuro-oncology wing of the Lowy Cancer Centre at the University of NSW. Charlie is a father to 4 beautiful girls and when not performing intricate brain surgery is proud to support his 2 favourite charities, the Cambodian Children’s Trust, which runs an orphanage in Battambang, and Voiceless, which funds legislative reform for the prevention of cruelty to industrial animals. The Teo Family Foundation established a Neurosurgical Centre in Jabalpour, India, has assisted in the building of girls’ toilets in public schools and empowers young girls through a netball program.

Charlie Teo has joined the GiverAUS community as an ambassador. It is our absolute honour to have the founder of the Cure Brain Cancer Foundation and such a world renowned Neurosurgeon represent GiverAUS.

Dr Teo is an internationally acclaimed neurosurgeon and a pioneer in keyhole minimally invasive techniques. He has been invited to many distinguished universities in over 50 countries as Visiting Professor, including Johns Hopkins, Vanderbilt and Stanford Universities in the USA, Marburg University in Germany and the Karolinska Institute in Sweden. Dr Teo has over 100 publications in peer-reviewed journals and has authored two books on keyhole approaches to brain tumours. 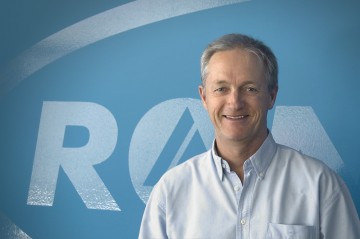 Alistair has joined the Giver community! Alistair is currently the managing director and partner of Ronstan International Pty. Ltd. He has worked with Ronstan for thirty-nine years and was integral to the set up and success of Ronstan USA.  Alistair has had a very distinguished career and has been recognised for many different achievements and contributions he has made to the yachting and manufacturing industry. To highlight just a few of these distinctions Alistair:

We are so excited to have such an experienced businessman as part of our Giver team and as an ambassador for our app.